Wow, this first week since Jen arrived flew by like one day. It’s already Sunday and we are relaxing out in the Elgro Lodge all together.

We left on Saturday, around 1 and arrived there by 3pm. Found our lodge, wetted our feet in the pool and went unpacking. Nika LOVES the water and it was hard to get her out of there once she felt the joy of drops on her legs. 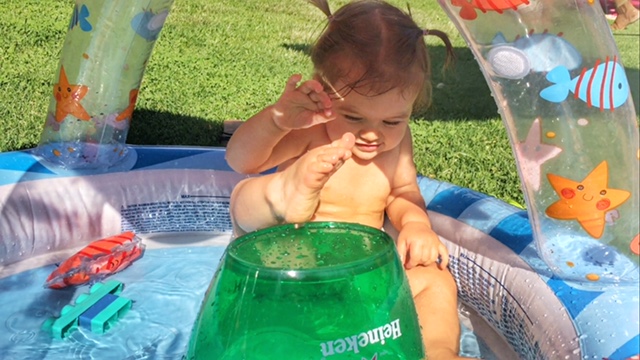 We threw the bags at our place, put the food in the fridge and ran to the pool. Konrad joined us a bit later after he inflated Nika’s baby pools and her jumping castle.

Apparently one of the people in the pool was some retired rugby player. Oh, wow…

We made some veggies and meat (for the guys) on the braai, chatted and went out on a spiders quest. I’ve learnt that when you shine into the dark at grass or at trees, you can see the “blink”. That’s how you find spiders in the dark. Jenn managed to see one, when Konrad took me out to find them, I was happy not to see one.

The sky was beautiful! So many stars, we even saw a satellite that was moving and then disappeared…or was it a satellite?

The following morning we made a quick breakfast, and hit the road. We checked a restaurant called Hoi Polloi in Parys for our second breakfast. Konrad and Jen had eggs, while Nika and I had yogurt and muesli with fresh fruit that was DELICIOUS and a really yummy lemongrass, coconut and ginger ice tea. 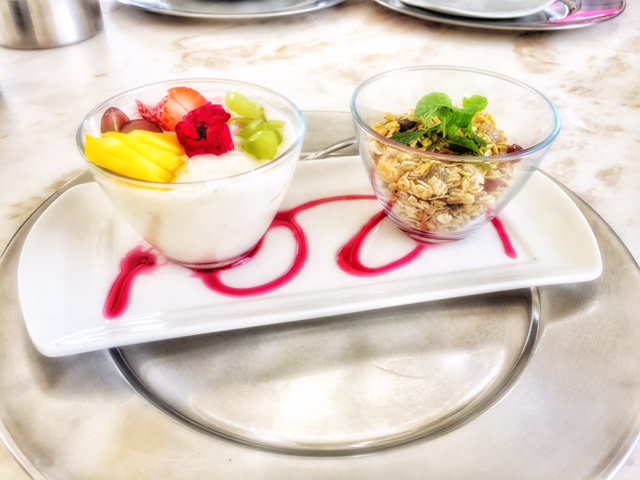 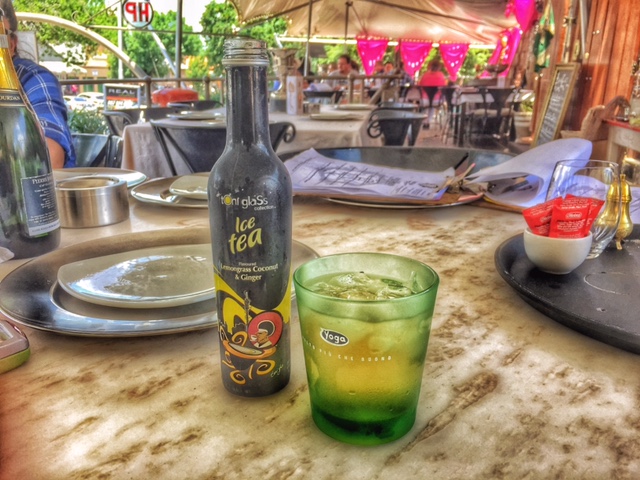 Oh wow, that was sooo good!

And here we are, back home, just chilling and eating home made a Pesto Pizza that is my best so far! 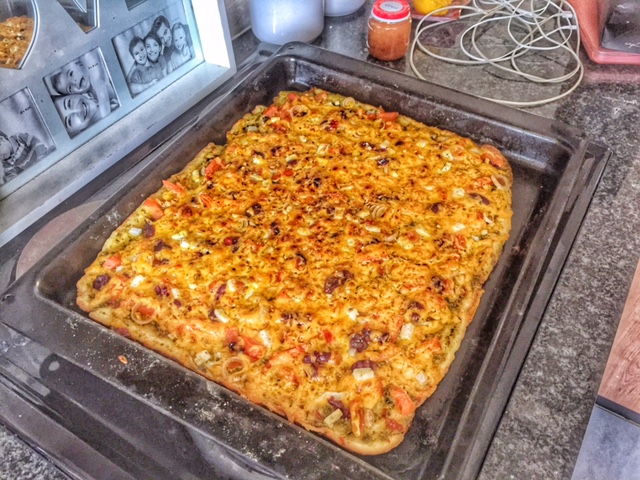 So it’s time to sum up what happened during this week, what I’ve learnt and what has amused me. 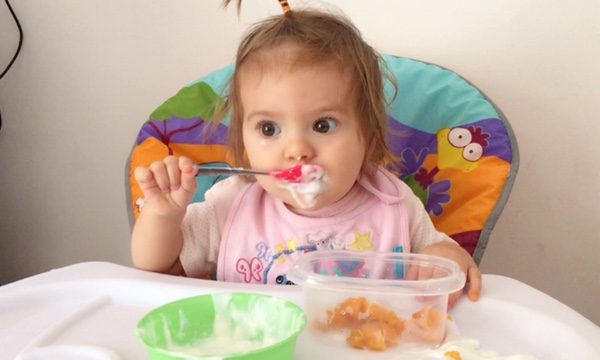 Nika started eating with a spoon! She’s not always aiming right at this moment, but we are getting there 🙂 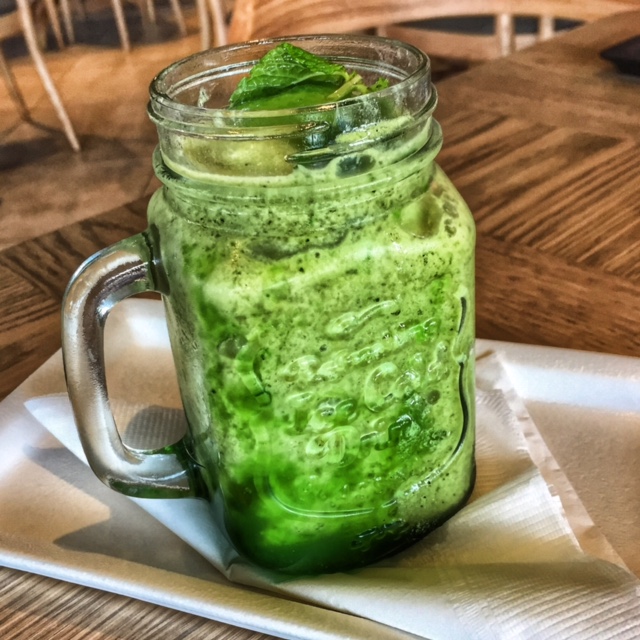 Nika, Jenn and I went out to Mugg & Bean for a cup of coffee. That day I actually felt like something other than cappuccino or latte that I normally get. It was pretty hot and I wanted something icy so I ordered a Matcha, Green Apple and Mint Frappe. OMG it was divine! If you are ever near that place, get that drink. I’m sure you won’t regret! 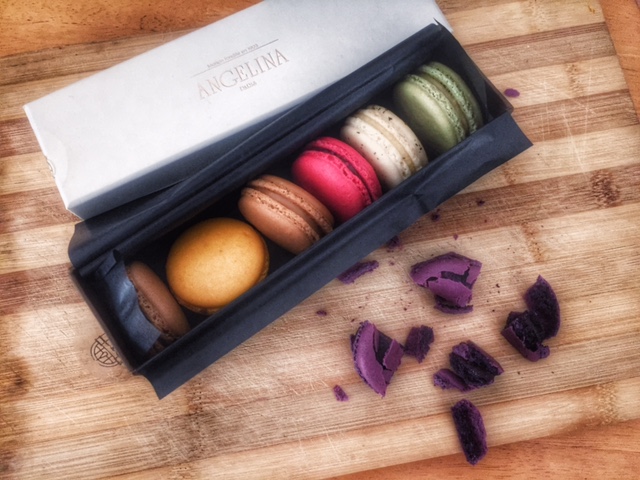 Jen brought us a box of Macarons all the way from France. She got them from the place called Angelina and they were the best macarons I’ve tried. They were all amazingly tasty, but if I had to choose, my favorite would be the one with the earl gray flavor.

Can you believe they made one with a bergamot tea taste? Unbelievable and very yummy. 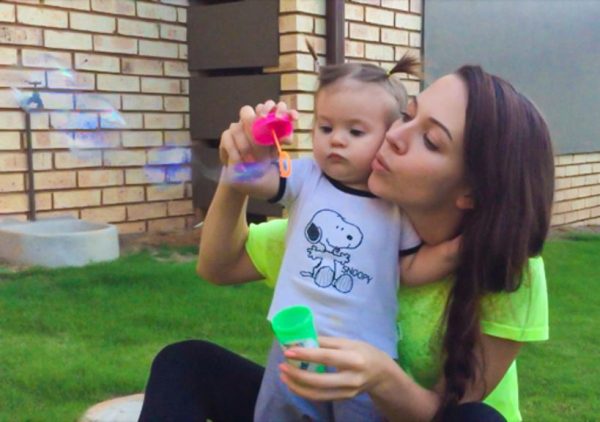 One evening Nika, Jen and I went out to blow bubbles. Nika was really amused. She was holding the top part for me to blow. Awww it was so cute.

Sunset of the Week 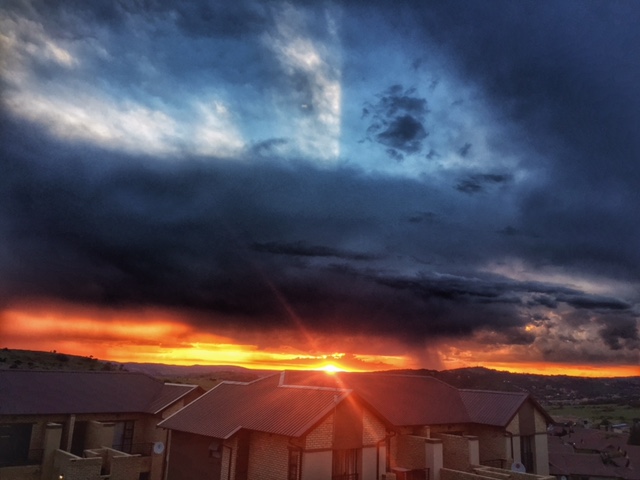 When you watch the sun setting, do you feel that prime power of Nature? Whenever I feel anxious, or worry about something, sunsets take all the negativity away from me. They teach me about the grandness of the world. They show me how minuscule our problems are and get me back to a positive, or at least understanding mood.

Whatever has to happen, will happen.

If I can change it, there is no need to worry, and if I can’t, why worry? 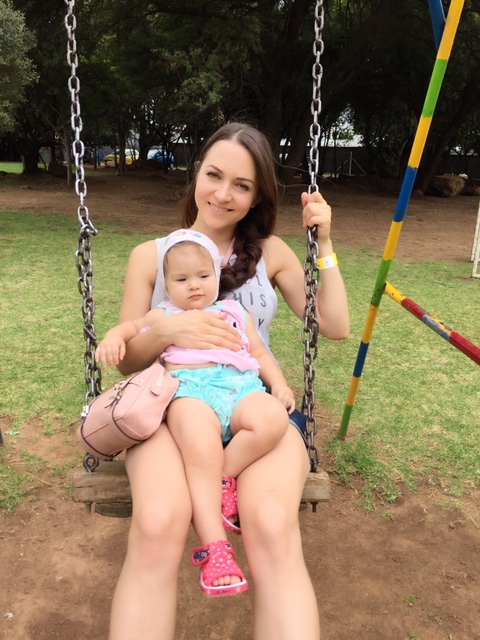 There was a couple of cool outings this week and I can’t really choose one, so I’ll write about them all, as they are different and fun.

In the beginning of the week we went out to a Rietvlei Zoo Farm where Nika had fun swinging with mommy, watching ducks, lambs, chickens, birds, bunnies, guinea pigs and regular pigs.

She wanted to touch them all and take them all home.

Later in the week we went to the Lifestyle Garden Centre in Randburg. They have a nice little Amusement park for kiddies. Nika enjoyed the horsey ride, a merry-go-round and 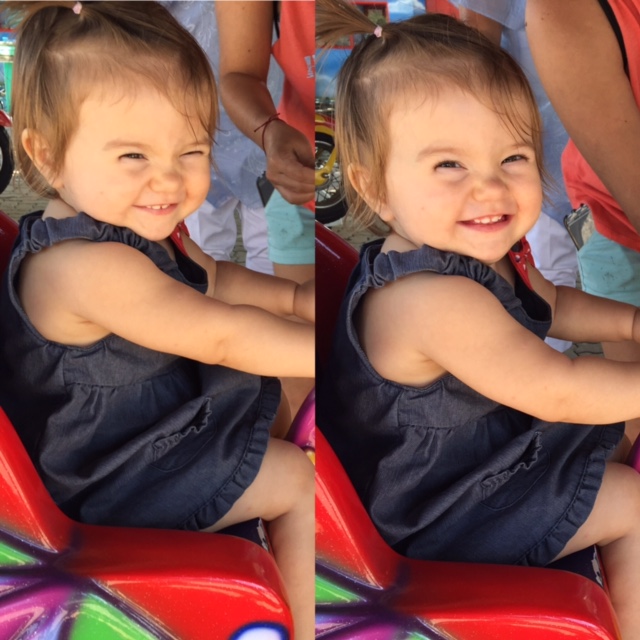 being behind the wheel on a train with mommy. 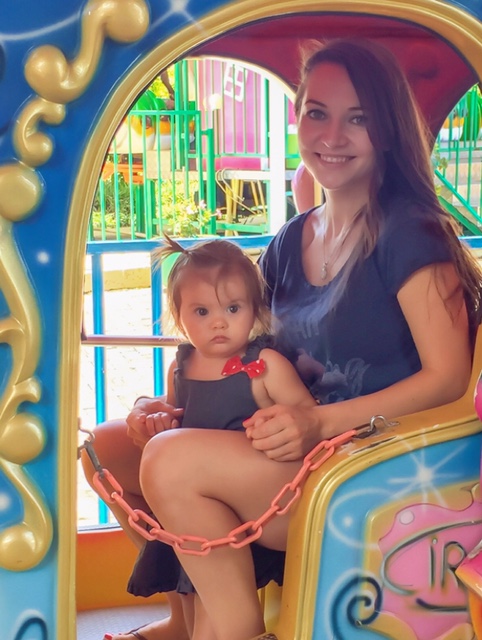 While searching for some healthy drinks recipes I came across one called “Golden Milk”. It’s a mixture of milk, turmeric, cinnamon, ginger, a pinch of black pepper & cayenne pepper, and a bit of honey or dates for slight sweetness. They say it’s beneficial in so many ways. It’s an antidepressant, a debloater, it helps with weight loss, it helps your immune system, liver and also protects from some types of cancer, just to name a few.

As you see, this week was filled with new discoveries, and I’m very grateful to God for letting me spend it with my dear family and friends.

What was the best thing that happened to you this week?

We use cookies on our website to give you the most relevant experience by remembering your preferences and repeat visits. By clicking “Accept All”, you consent to the use of ALL the cookies. However, you may visit "Cookie Settings" to provide a controlled consent.
Cookie SettingsAccept All
Manage consent

This website uses cookies to improve your experience while you navigate through the website. Out of these, the cookies that are categorized as necessary are stored on your browser as they are essential for the working of basic functionalities of the website. We also use third-party cookies that help us analyze and understand how you use this website. These cookies will be stored in your browser only with your consent. You also have the option to opt-out of these cookies. But opting out of some of these cookies may affect your browsing experience.
Necessary Always Enabled
Necessary cookies are absolutely essential for the website to function properly. These cookies ensure basic functionalities and security features of the website, anonymously.
Functional
Functional cookies help to perform certain functionalities like sharing the content of the website on social media platforms, collect feedbacks, and other third-party features.
Performance
Performance cookies are used to understand and analyze the key performance indexes of the website which helps in delivering a better user experience for the visitors.
Analytics
Analytical cookies are used to understand how visitors interact with the website. These cookies help provide information on metrics the number of visitors, bounce rate, traffic source, etc.
Advertisement
Advertisement cookies are used to provide visitors with relevant ads and marketing campaigns. These cookies track visitors across websites and collect information to provide customized ads.
Others
Other uncategorized cookies are those that are being analyzed and have not been classified into a category as yet.
SAVE & ACCEPT