This week was filled with family times, fun outings and tasty food. Yes, ’tis the season.

Christmas is coming and we are getting ready, buying the gifts for those we love and planning the celebration.

My bestie from LA, Jenn, is still here and we decided to go out for a cup of coffee and a small lunch after Christmas shopping. I know it’s only a week left and most people already have all the gifts ready and wrapped, but not us. I guess one of my New Year Resolutions will be to do everything well in advance.

So I bought some toys for Nika with my first paycheck money (proud mommy moment) and we decided to check out this Italian Place called Piatto.

I ordered an Iced Latte and avocado rolls, and while we were waiting, they brought us some of their amazingly yummy bread! If you are as much of a breadoholic as I am, you will definitely love it! 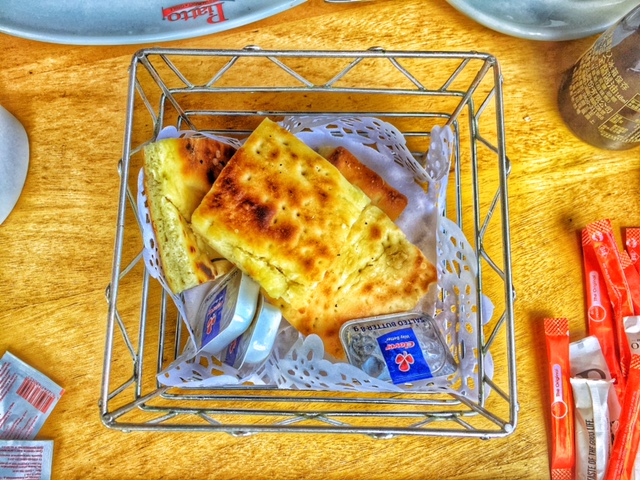 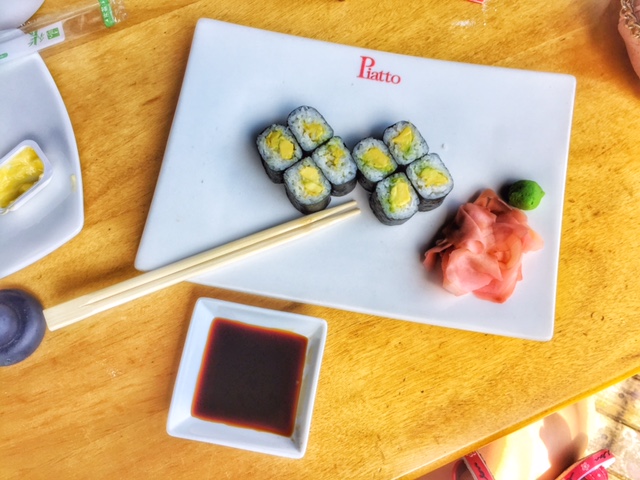 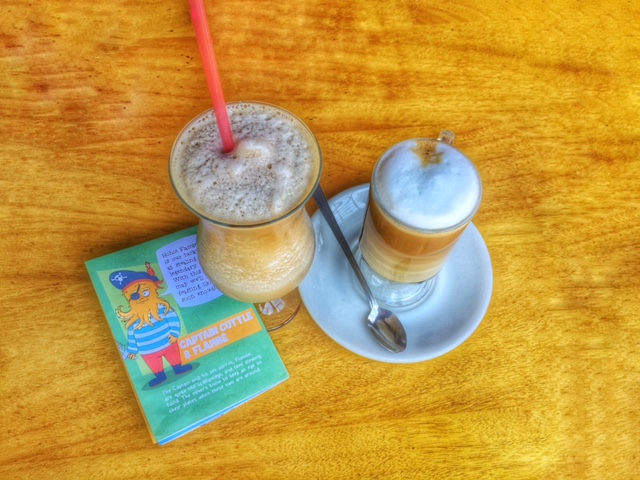 They also have a coloring booklet for kiddies. Isn’t it cute?

We started decorating our place as well. We bought a cute small Christmas Tree for only R130, some ornaments and Christmas lights that came down to R150 from a China Shop, made some DIY decorations as well, and by Wednesday evening our place looked a lot like Christmas. 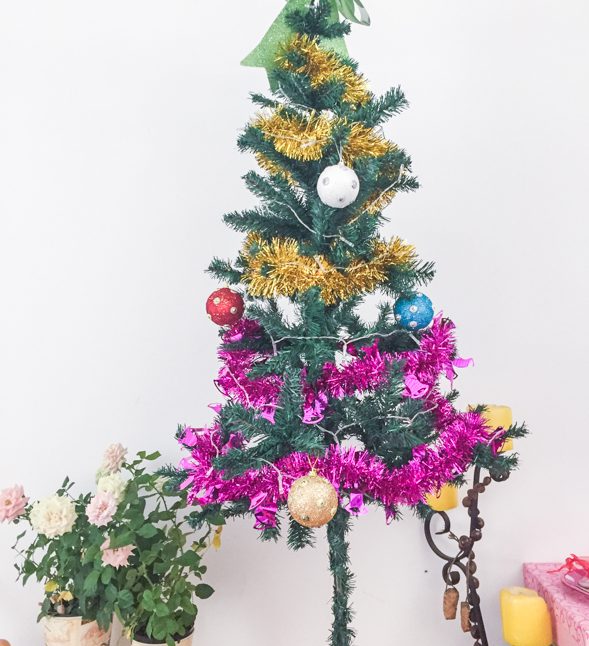 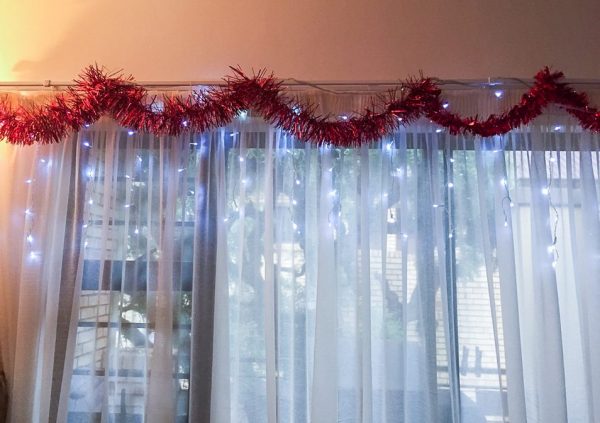 Jen and I were still on the quest for gifts and we made it to the Glen Shopping Center. While we were browsing and going from one shop to another, we saw Father Christmas set with such an adorable grandpa! We haven’t had Nika’s Christmas photo taken yet, so I thought it was the time.

I put her on Santa’s lap only to hear her crying! She was scared of Father Christmas! They took a couple of photos but Nika’s eyes were red and we decided to come back a bit later.

When we came back, she was still a bit cautious so I decided to sit with her next to Santa Claus. I don’t know why everyone says I’m the one that looks scared on the photo. 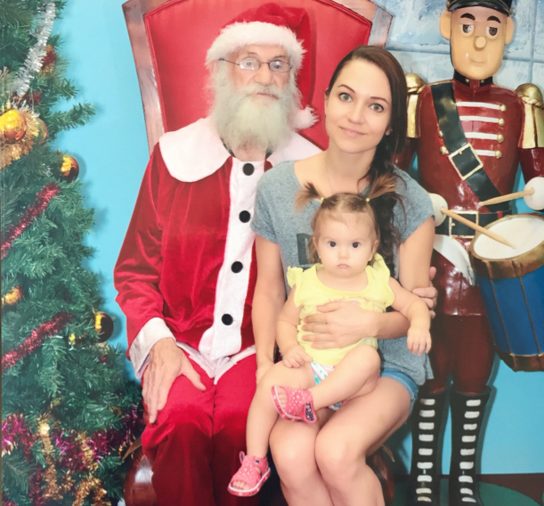 While we were trying to get Nika’s mind of the cutest but apparently scary Santa, we decided to put her on one of those cars on the top floor and she loved it! 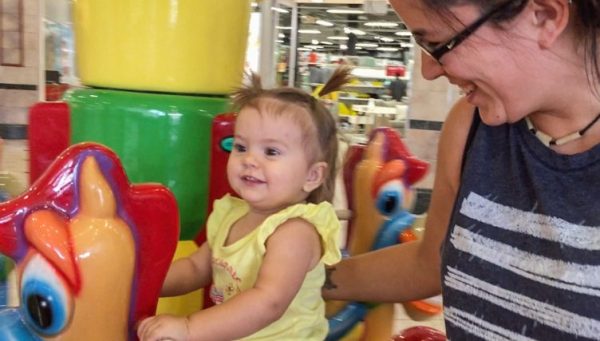 On a Thursday night Konrad invited us to an asian restaurant Matsuya.

What I love about it is that they cook right in front of your eyes and that they have some nice vegetarian options.

I ordered spring rolls which were quite tasty and egg noodles with veggies. They didn’t disappoint me. 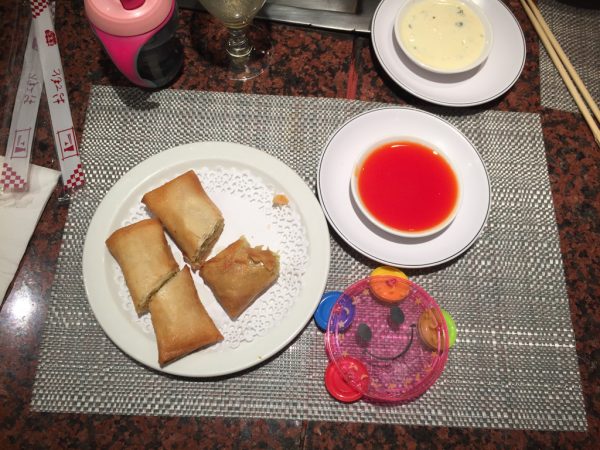 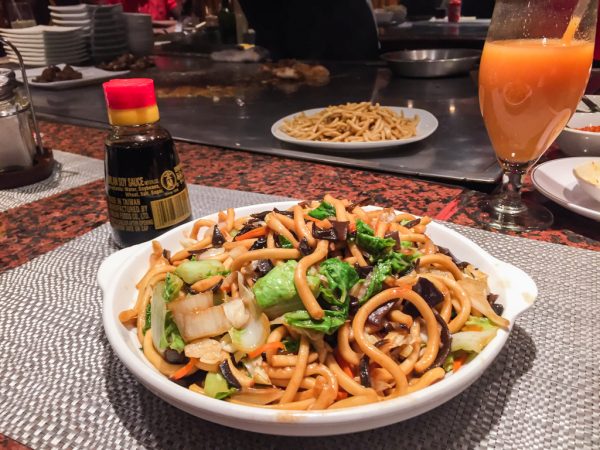 Here comes Friday, the day of the big show that we’ve been waiting for.

Konrad’s mom took us to Roco Mamas for some burger and fries.

Their veggie mushroom burger that comes with their house mayo is divine, and their famous fries are the best I’ve had! 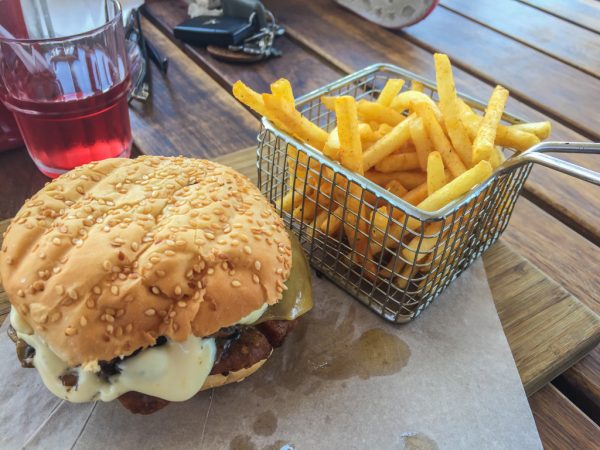 On the Friday evening Konrad’s mom picked up Jen and myself and we went to see Moscow Circus. To be honest, I’ve never been a fan of circuses because I’m against keeping animals in captivity and torturing them so that they learn how to ride a bike and jump through the fire rings.

The difference here was that they didn’t have any animals and it was pure acrobatics and unreal performances.

There were clowns that were actually funny, an unbelievably flexible guy, jogglers, motorbike riders, balancers, and much more.

I haven’t had that much fun in ages and I’m so glad I went.

It lasted for about 3 hours but it felt like it went by so quickly. So if you are considering whether to go or not, I’d definitely recommend. 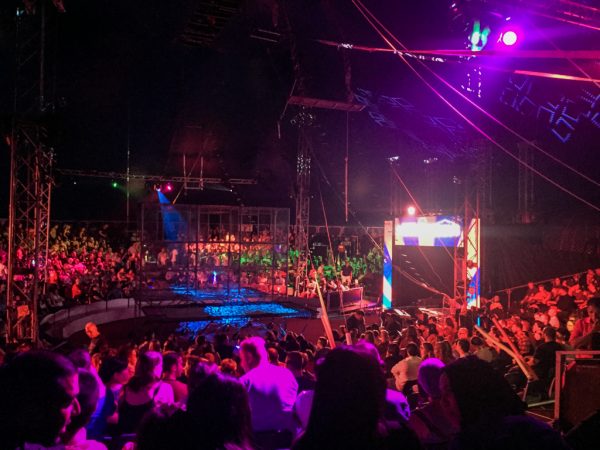 Saturday morning we decided to go spend some time in nature.

Boskop Dam, the place we were going, was an hour and a half away from our place. We packed some food and a bunch of different clothes, because the weather was pretty unpredictable.

We met our friends on the way there and finally arrived. We were lucky enough to get a full big gazeebo with water and a braai.

We ate, went for a boat ride, Jen even tried to catch some fish! Nika and I took a nap under the tree, played some toys, went for a walk and had some nice summer time in nature. 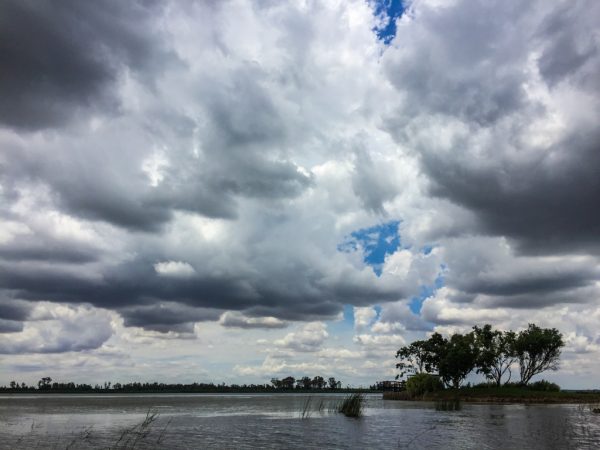 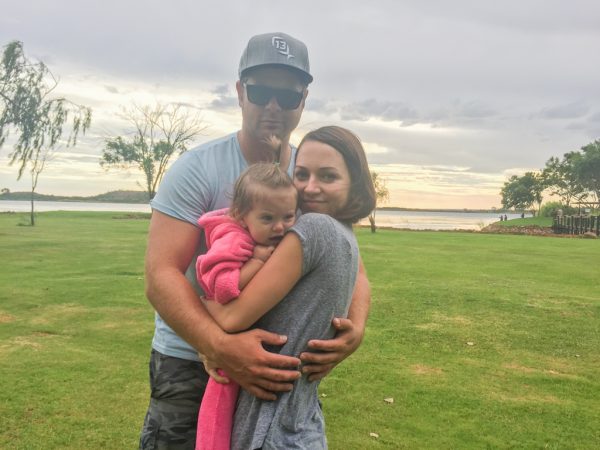 We placed the tree in the middle of our living room on Saturday evening, put all the presents and went to bed. 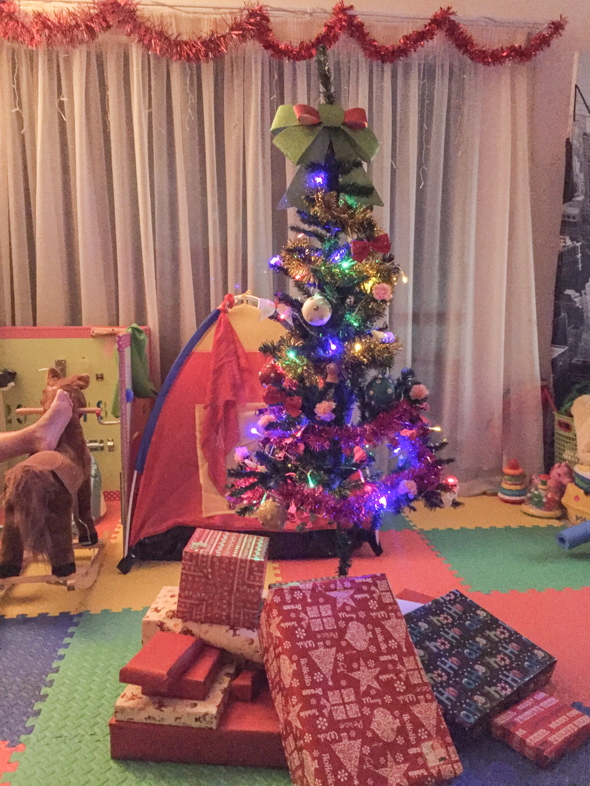 Christmas came early and Nika was the first one to open her presents. She obviously had the most presents but it seemed like she was more interested in the boxes, rather than presents themselves. 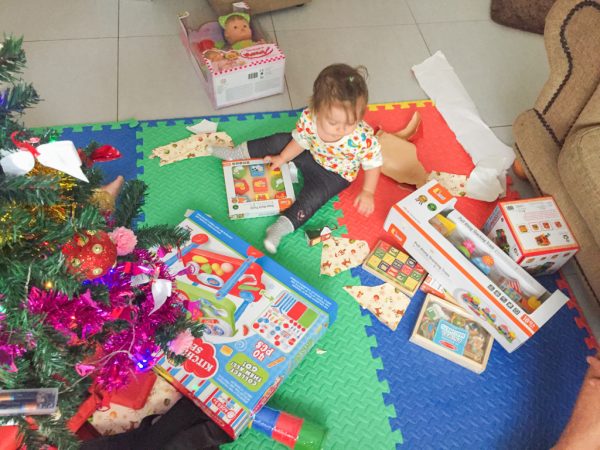 Konrad’s parents invited us for a Christmas lunch to a restaurant. Most of the family, the ones that could come, joined us and we had a nice rainy Christmas together. 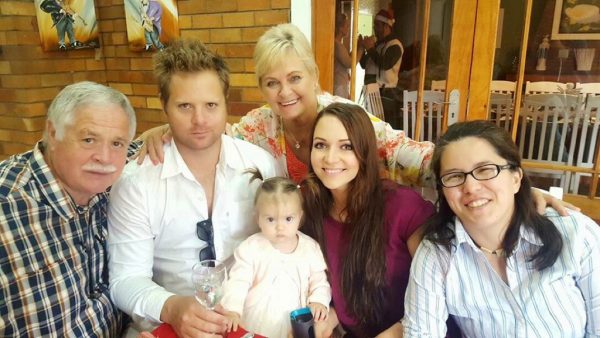 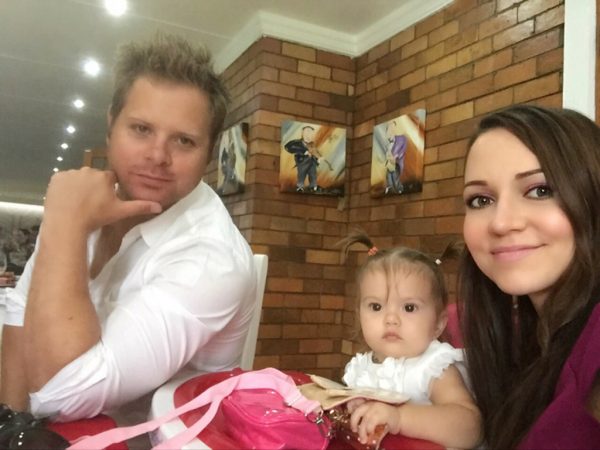 Thank you, Lord, for another beautiful and fun week.

We use cookies on our website to give you the most relevant experience by remembering your preferences and repeat visits. By clicking “Accept All”, you consent to the use of ALL the cookies. However, you may visit "Cookie Settings" to provide a controlled consent.
Cookie SettingsAccept All
Manage consent

This website uses cookies to improve your experience while you navigate through the website. Out of these, the cookies that are categorized as necessary are stored on your browser as they are essential for the working of basic functionalities of the website. We also use third-party cookies that help us analyze and understand how you use this website. These cookies will be stored in your browser only with your consent. You also have the option to opt-out of these cookies. But opting out of some of these cookies may affect your browsing experience.
Necessary Always Enabled
Necessary cookies are absolutely essential for the website to function properly. These cookies ensure basic functionalities and security features of the website, anonymously.
Functional
Functional cookies help to perform certain functionalities like sharing the content of the website on social media platforms, collect feedbacks, and other third-party features.
Performance
Performance cookies are used to understand and analyze the key performance indexes of the website which helps in delivering a better user experience for the visitors.
Analytics
Analytical cookies are used to understand how visitors interact with the website. These cookies help provide information on metrics the number of visitors, bounce rate, traffic source, etc.
Advertisement
Advertisement cookies are used to provide visitors with relevant ads and marketing campaigns. These cookies track visitors across websites and collect information to provide customized ads.
Others
Other uncategorized cookies are those that are being analyzed and have not been classified into a category as yet.
SAVE & ACCEPT